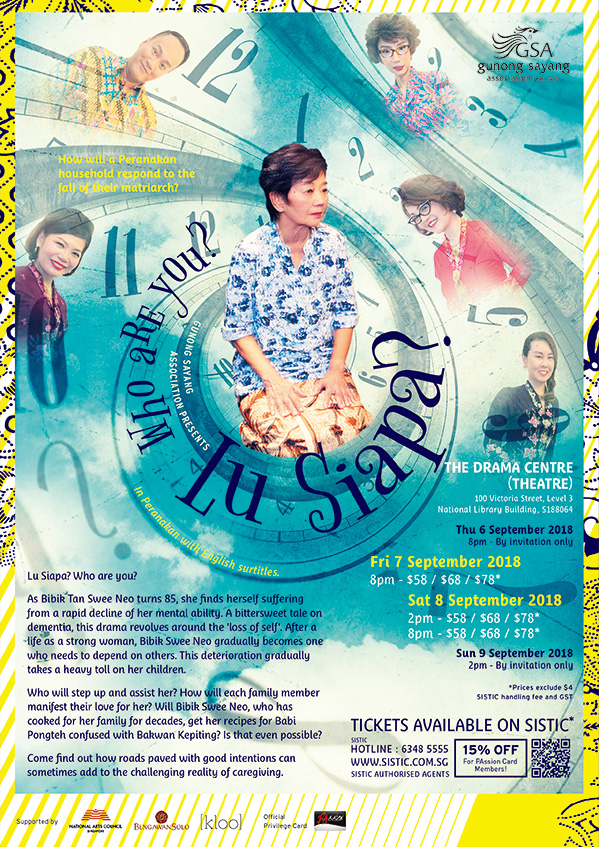 Lu Siapa? Who are you?

As Bibik Tan Swee Neo turns 85, she finds herself suffering from a rapid decline of her mental ability. A bittersweet tale on dementia, this drama revolves around the 'loss of self'. After a life as a strong woman, Bibik Swee Neo gradually becomes one who needs to depend on others. This deterioration gradually takes a heavy toll on her children.

Who will step up and assist her? How will each family member manifest their love for her? Will Bibik Swee Neo, who has cooked for her family for decades, get her recipes for Babi Pongteh confused with Bakwan Kepiting? Is that even possible?

Come find out how roads paved with good intentions can sometimes add to the challenging reality of caregiving.

15% OFF For PAssion Card Members! 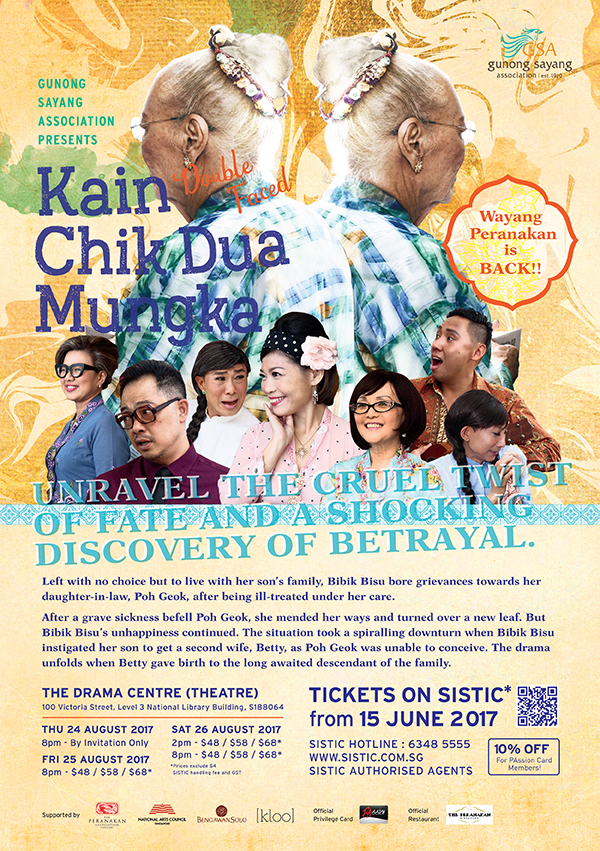 The table has turned and Bibik Bisu forgave Poh Geok but cannot forget what she has done. She made things difficult for her and asked Chong Guan to marry a 2ndwife Betty so that he can have descendents. Betty married into the family and within 1 year gave birth to a boy Ben. Bibik Bisu favour Betty over Poh Geok because of her grandson.

How will Poh Geok continue living with the taunts she receive from Bibik Bisu and Betty? Will she retaliate? Is Betty really who she is?

What turn of events would allow Bibik Bisu to realise her mistake and reconcile with Poh Geok? 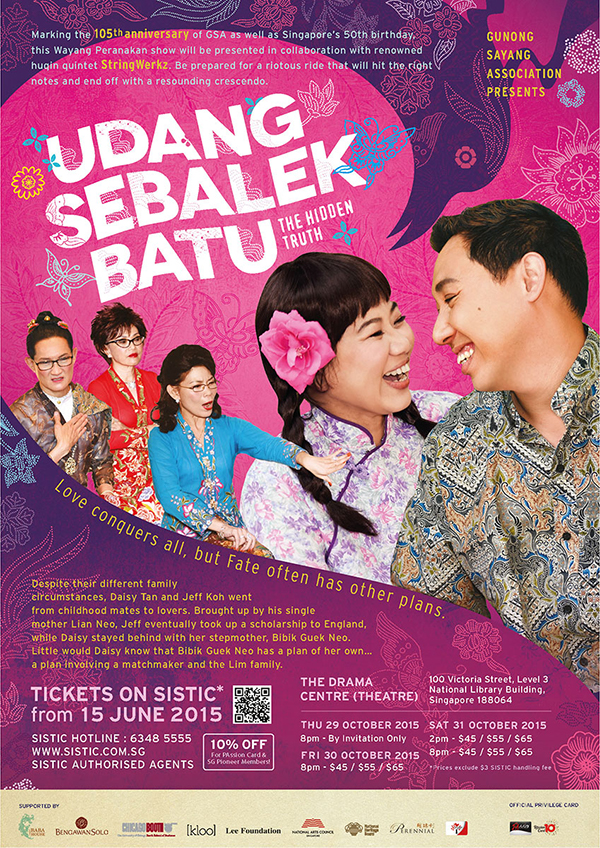 Love conquers all, but Fate often has other plans. Despite their different family circumstances, Daisy Tan and Jeff Koh steadily progressed from childhood mates to lovers.

Brought up by his single mother Lian Neo, Jeff eventually took up a scholarship to England, while Daisy stayed behind with her stepmother, Bibik Guek Neo. Little does she know that Bibik Guek Neo has a plan of her own, a plan that involves a matchmaker and an eligible bachelor from the Lim family. Will Bibik Guek Neo manage to split the couple? Will Daisy marry into the Lim family? Will the hidden truth be eventually revealed?

Marking the 105th anniversary of GSA as well as Singapore’s 50th birthday, this Wayang Peranakan show will be presented in collaboration with renowned huqin quintet StringWerkz. So, be prepared for a riotous ride that will hit the right notes and end off with a resounding crescendo. 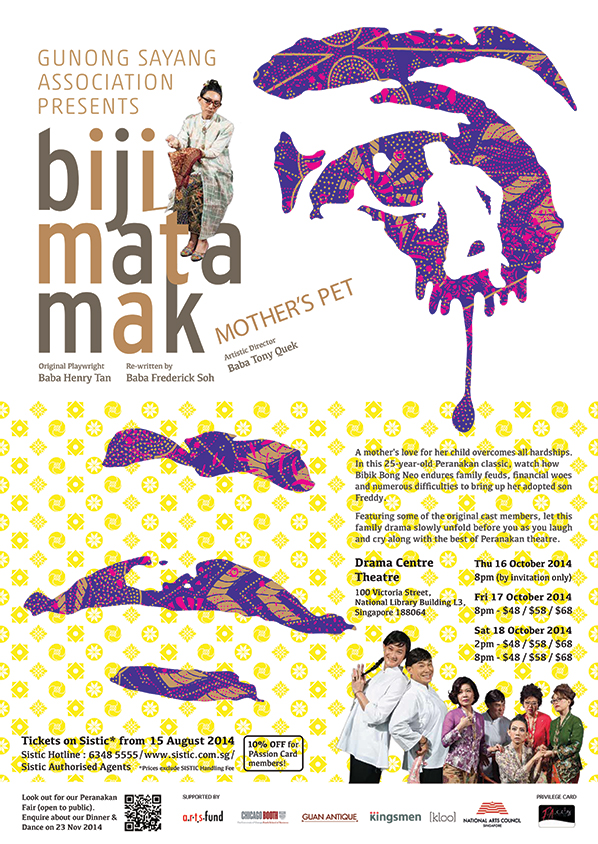 After Bibik Bong Neo's husband passed away, she is left to fend for herself and her adopted son, Freddy. Freddy is going away for his studies in UK and Bibik Bong Neo try as hard as she could to provide for all his necessary financial needs by selling away all her jewellery and finally even her house.

The house falls under the ownership of her name and her eldest sister-in-law Nya Besair that have been in loggerheads with her for a long time. Bibik Bong Neo sought the assistance of her 2 other sisters-in-law, Nya Tengah and Nya Bongsoo to help persuade Nya Besair to agree to the sale. Will Nya Besair agree to the sale of the house?

Freddy finally finishes his education and decide to settle down in KL with his fiancee without the knowledge of his mother. Bibik Bong Neo finds out about it and travels all the way to KL in seach of her beloved son. Will she ever find him and will he acknowledge her? 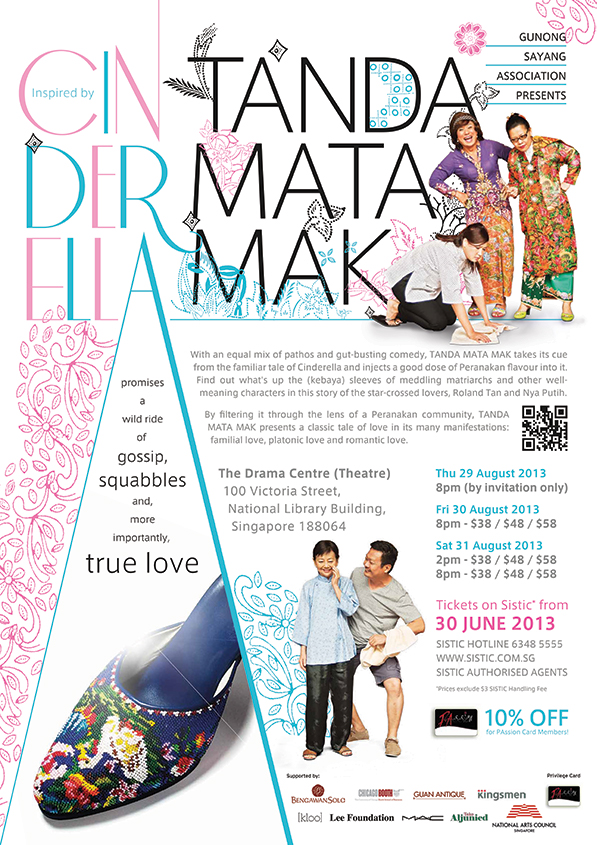 Nya Putih lives together with her step-mother, Bibik Leng Neo aka as Bibik Bulat, step-brother Jack and his wife Julia and her step-sister, Nya Merah.

Since the passing of Nya Putih’s father, she has been ill-treated by her step-mother and step-sister. Her only solace is her memory of her good times with her late mother. She also confides with their servant Majie Ah Mui, and the provision shop Ah Pek named Ah Teck.

One of Bibik Bulat’s kaki, Nya Tonggeng, informed her about a Datin Margaret Wee who is looking for a bride for her son, Roland Tan. Roland has been in UK all this while and has recently returned to Singapore and he has agreed for his mother to find him a bride BUT on one condition - he gets to choose the bride.

Bibik Bulat goes into full gear to prepare everything so that Nya Merah will be eligible for Roland. Datin Margaret decides to throw a Ball to invite all the eligible young girls so that her son Roland can choose a bride for himself.

Nya Putih was excited but was soon told that she was not allowed to go.

What turn of events would allow Nya Putih to go and will Roland finally find the girl of his dreams? 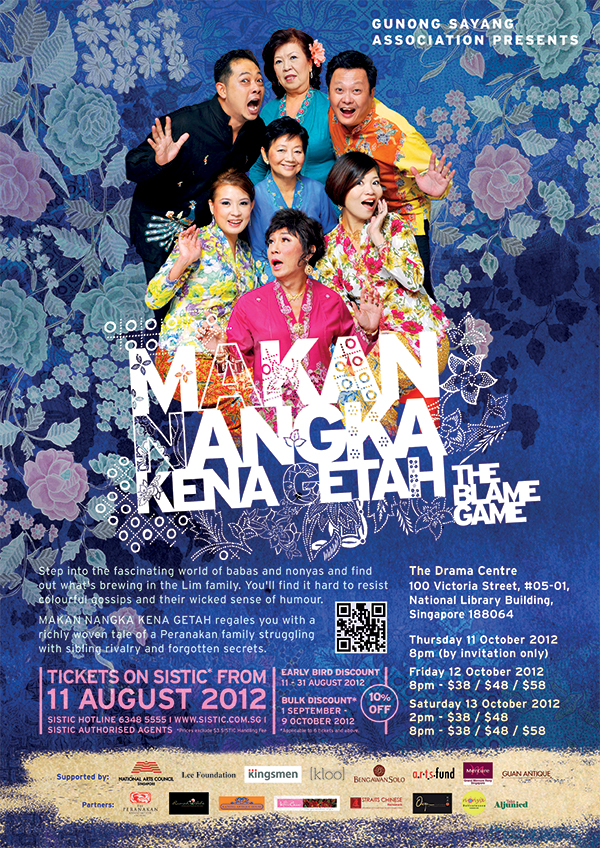 Madam Tay singlehandedly raised her two sons and daughter after her husband’s demise. But feuds between the siblings tainted the house. Eldest Beng Hock is a simpleton, younger Beng Seng is crafty, grouchy man while the youngest, only daughter Cally is a graduate but good-for-nothing bum. Together, they are a recipe for gripping havoc. And when not all the daughter-in-laws in the family can be trusted, sinister is surely in the air.

Meanwhile, Bibik Joan, longtime confidante of Madam Tay, and also the neighbourhood gossipmonger, takes an impish delight in passing on tittle-tattles with traces of wittiness, or perhaps even wicked truths.

As the matron of the house looks beyond the veil of time and in the eyes of the fate, n unexpected visitor turns up at her doorstep. Has Madam Tay been hiding a skeleton in the closet? Will it make a sweet antidote or a biting poison for the Lim family?