The Gunong Sayang Association (GSA) was founded by Baba Koh Hoon Teck in 1910 as a cultural organisation to promote social interaction and the singing of dondang sayang among its Peranakan members. GSA started with just over twenty members, each contributing a weekly subscription of a dollar or two. With this modest income, the Association organised bonding activities in the form of weekly dinners and singing sessions. This practice continued until 1942, when the Association, for fear of being labelled subversive and pro-British, disbanded during the Japanese Occupation.

After the war ended in 1945, Baba Gwee Peng Kwee took the initiative to revive the club. By the time Baba Gwee retired in 1976, things were beginning to look up for the GSA. Membership had increased to fifty members and the Association was beginning to be more financially stable. A lifelong GSA member, Baba Gwee passed away in 1986 with the Association on the cusp of a new era.

With the staging of “Buang Keroh Pungot Jernih” in 1985 marked a new chapter in the history of the GSA. The Association was starting to explore avenues other than dondang sayang singing to promote the continuance of Peranakan culture. Although the impetus for staging the Wayang Peranakan emanated from former GSA President, Baba Kwek Choon Chuan, nobody was able to elaborate on Baba Kwek’s motivations.

In the absence of direct evidence, Baba Lee Liang Hye’s opinion is that the GSA diversified into theatre because it was increasingly difficult to find dondang sayang-loving Peranakans. What is undeniable, is that unlike earlier charity-driven performances, the GSA wayangs of the 1980s were geared towards preserving Peranakan culture by making it appealing for the younger generation of Peranakan audiences. This was a particularly pressing concern as the membership base was aging. In the late 1970s, 90% of the GSA’s membership comprised of members above fifty-years old.

The revival of the Wayang Peranakan in the 1980s was spearheaded by Baba Kwek and his committee. Their motivation was to preserve the culture through the medium of theatre, rather  than rely solely on dondang sayang as the main activity of the Association.

The plays staged by GSA since 1985 is a proof that ethnic identity can be re-invented and embellished in response to particular socio-political exigencies.

Unlike other theatre groups, the GSA does not receive ample government funding to create elaborate sets, props, and a huge cast and crew.

The GSA is not given a yearly Arts grant (enjoyed by other established theatre companies) to finance 70% of the cost of each production. GSA funding has come from generous donors and sponsors when staging Wayang Peranakan.

Today, GSA stages annual Wayang Peranakans to Gunong Sayang Association gears towards showcasing the best of the Peranakans culture through art performances, social and educational events, particularly the younger generation, on the colourful tapestry of the Peranakan culture. 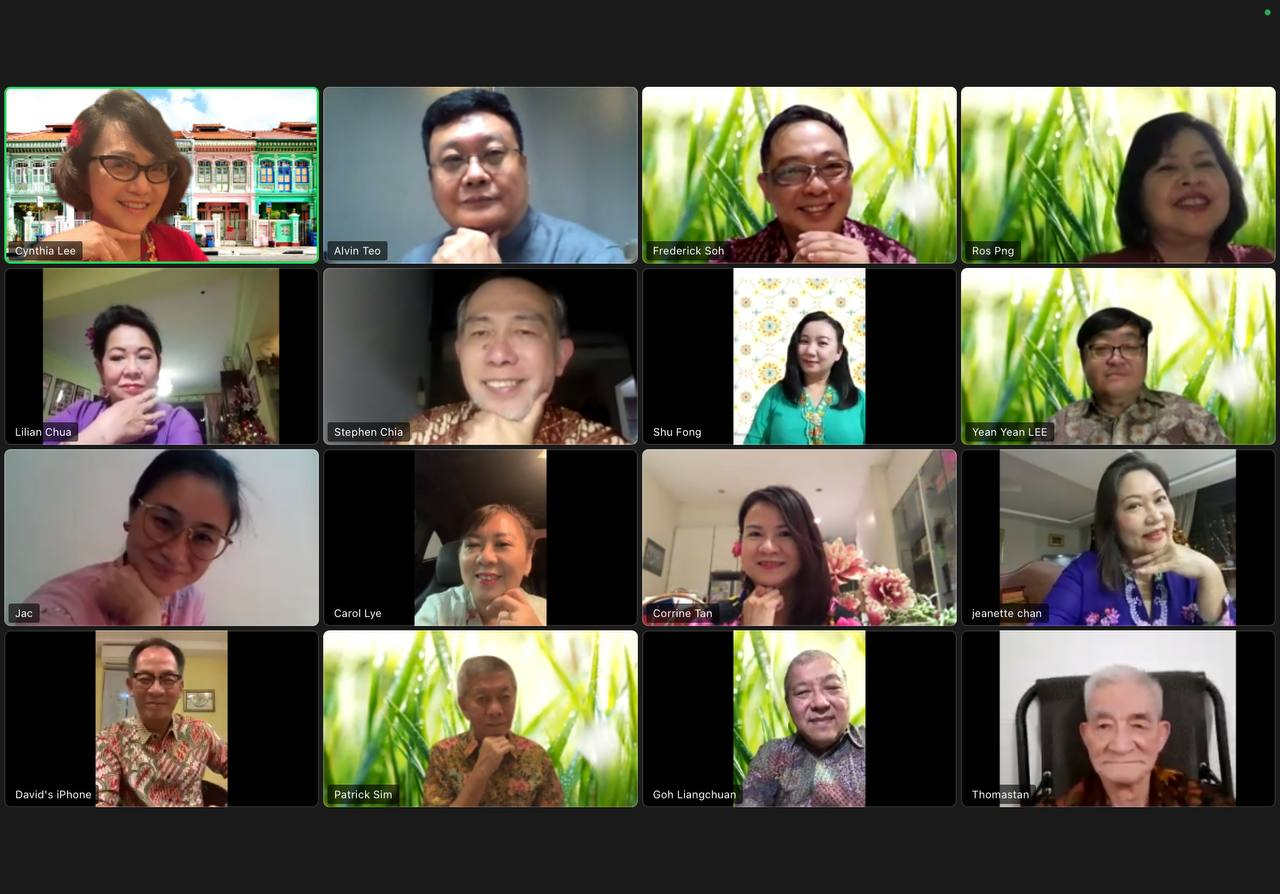 GSA is committed to promoting Peranakan culture through Wayang Peranakan, Dondang Sayang and Baba Malay. In order to fulfil these goals, the committee has sought out a new location for the GSA clubhouse. GSA hopes to create an environment conducive to share knowledge and resources, in line with the Association’s mission statement.

GSA’s current mission statement is: “To promote, sustain and evolve Peranakan culture, especially in the performing arts, as well as to cultivate and share resources.”