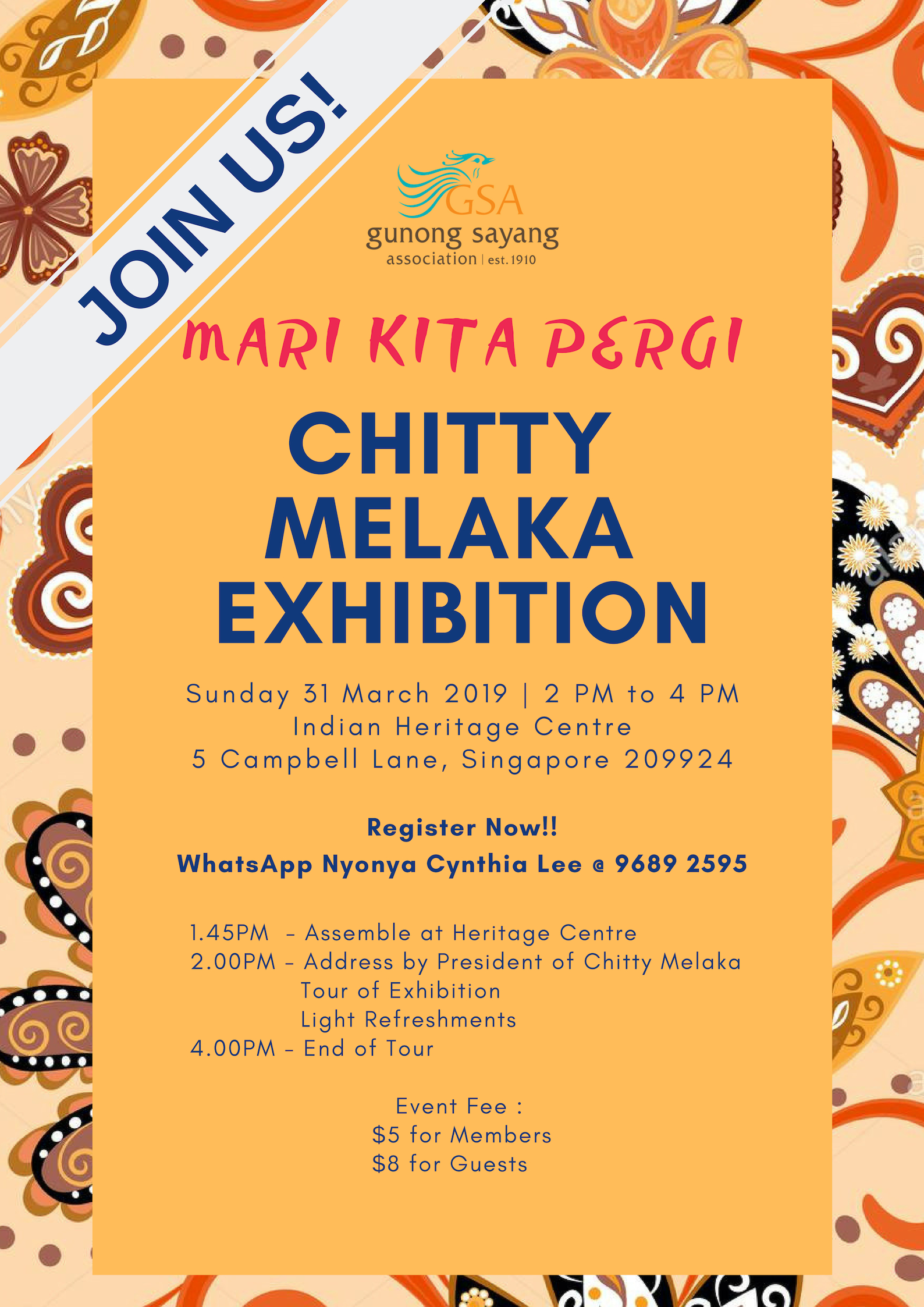 “To be a Chetti Melaka is something unique. We are of Tamil ancestry; we are of mixed blood, initially with Malay matriarchal lineage principally, but over time with Chinese and others. The land of origin of our people is Melaka. This is embedded in our name, which we retain and should retain wherever we may live now.”

The Chetti Melaka (or Chitty Melaka) are descendants of Tamil traders who settled in Melaka during the reign of the Melaka Sultanate (15th- 16th century) and married local women of Malay and Chinese descent. Predominantly Hindu of the Saivite (followers of Shiva) denomination, the community speaks a unique combination of Malay, Tamil and Chinese, that has been called Chetti Creole by scholars. They trace their roots to Kampung Chitty in Gajah Berang, Melaka, and it is estimated that there are 5 000 Chettis in Singapore.

Join us as we find out more about the Chitty Melaka Community in Singapore today.

Registration through WhatsApp only to Nyonya Cynthia Lee @ 9689 2595

Register NowEnquiryDownload Details
Not a member yet?
By joining the  (GSA) membership, you’ll be receiving exclusive member-only benefits and privileges.
Click here to find out more!
Tags
CULTURECELEBRATION
Registration Form for
MARI KITA PERGI CHITTY MELAKA EXHIBITION
02 : 00 PM
Thank you! Your submission has been received!
We will contact you soon.
Oops! Something went wrong while submitting the form.